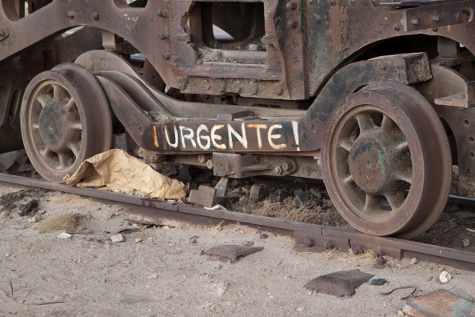 Below find a list of Rules that comprise such tough deadlines:

When studying these Rules it becomes clear that not all of them are purely technical; some of them require research and careful evaluation of strategic options.

This scheme of terms and deadlines not only puts attorneys under stress; client organisations may also be affected as well. If a large public company acts as party to Court proceedings, one may assume that there is a well-staffed patent department. If the head of this department is out of office, there will be a deputy having substantially the same knowledge as the superior. Hence, one might argue that this company should be able to take decisions within a few days if so required by the RoP.

However, what about representing a client from the SME range? Under such assumption strategical decisions in many cases solely depend on the Managing Director in person. But what can be done if, for example, the Managing Director is out for, say, a fortnight on an extended business trip to another continent? I imagine a Munich attorney spending  hours in the evening or in the early hours of the day desperately trying to get the Managing Director of a German SME Client happening to be party to UPC proceedings on the phone in a hotel in Shanghai or Palo Alto in order to discuss difficult but utmost important questions concerning the Court case. Surely the Managing director will also be dismayed learning that a crucial deadline will lapse in a few days, the response to be filed contributing perhaps in a make-or break fashion to the fate of the Court case (and, maybe, to that of the company).

It is important to understand that the difficulties discussed above are not caused by technical delays of the communication processes. In the days of e-mails and electronic Court filings (as prescribed by the RoP), these delays can be neglected (if all systems continue to work properly). However, the decisions as to how to respond to a Court communication still need to be taken by humans, and those non-technical but social steps set the limits for minimum terms and deadlines prescribed in the RoP.

And, I do not say that such terms as proposed in the 15th Draft of the RoP can by no means be met in practice. However, setting up organisational measures on hot standby in order to cope at any time with, say,  a 10 days deadline will cost extra efforts and money. SMEs will probably be challenged by the proposed short terms and deadlines more than bigger companies because of on top of their invoice presented by external attorneys  they might struggle also to make sure that their (usually very small) bunch of internal top brass personnel (often only the Managing Director) can be accessed virtually at any time in order to obtain crucial decisions within very few days.

Hence, concerning the 15th Draft of the RoC, I’m not so sure that minimum requirements as discussed above are met.