From the monthly archives: August 2011

As already reported in my earlier posting, the European Union is just about to sign ACTA, the Anti-Counterfeiting Trade Agreement negotiated between the European Union and its Member States, Australia, Canada, Japan, the Republic of Korea, the United Mexican States, the Kingdom of Morocco, New Zealand, the Republic of Singapore, the Swiss Confederation and the United States of America. ACTA is a proposed plurilateral agreement for the purpose of establishing international standards on intellectual property rights enforcement.

Yesterday, the EU Council has published Document 12192/11 conveying a draft Decision saying that the President of the Council (i.e. Mr Herman Van Rompuy) shall be authorised to designate the person(s) empowered to sign the Agreement on behalf of the Union. Moreover, the Official text of ACTA has been published with Document 12196/11.

It is to be understood that this text is a Draft only; however, the formal adoption thereof surely will go through on one of the next sessions of the EU Council. However, afterwards that matter will be dealt with in the European Parliament as well as in each of the EU Member States.

ACTA is debated controversially because of the secrecy of some of the negotiation rounds. Moreover, there are doubts as to if ACTA is compatible with EU Acquis Communautaire; see my earlier posting there.

ACTA was born out of the frustration of the major industrialised economies with progress on monitoring and norm-setting on the enforcement of intellectual property rights in multilateral fora. In the WTO Council for TRIPS (‘TRIPS Council’), Brazil, India and China have consistently blocked the inclusion of enforcement as a permanent agenda item. At the World Intellectual Property Organisation (WIPO), enforcement issues were relegated to a purely advisory committee.

One of its features is the creation of another institutional structure in the field of Intellectual Property law besides WIPO and WTO, i.e. the ACTA Committee provided for in Article 36. This Committee will be entitled to:

The Committee may decide to:

Perhaps, on EU level  the function of the ACTA Committee should also be discussed in relation to the planned new compentences of OHIM in the field of IP enforcement.

European Patent With Unitary Effect: How To Carry On? 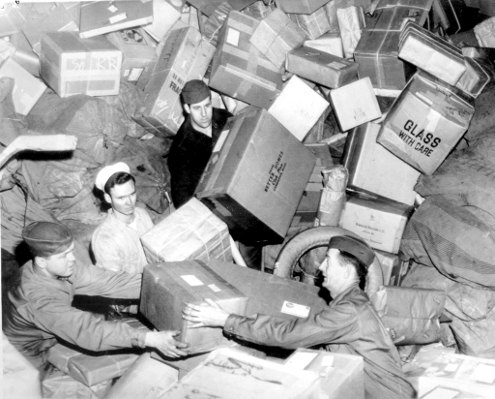 On July 10, 2010, I had reported on the planned Organisation of work on the patent reform under the Polish Presidency. Now, as we still are within the summer recess period where nothing appears to move forward there might be a little stretch of time to contemplate as to how things might move on during next fall.

There is a recent precedent of successful adoption of enhanced co-operation in the EU: As we can learn from Wikipedia, with the rise in cross border divorce in the EU, common rules were put forward to settle the issue of where trans-national couples can divorce in the EU. However Sweden was blocking the new rules, fearing the loss of its liberal divorce law (divorce law differs strongly, with Nordic liberalism being in contrast to more conservative countries such as Malta which – until recently – did not even allow it). In order to allow those willing states to proceed without Sweden, in July 2008 nine countries put forward a proposal to use enhanced co-operation. At a meeting of the justice ministers on July 25, 2008, the nine states decided to formally seek the measure of enhanced cooperation; eight states formally requested it from the European Commission on 28 July 2008.

When analysing this narrative on the EU Council document repository, we get that there was a Council Document 9898/2/10 REV 2 titled Proposal for a Council Decision authorising enhanced cooperation in the area of the law applicable to divorce and legal separation – Adoption dated June 04, 2010. The corresponding Council Document concerning the European patent with unitary effect appears to be No 5538/11 dated February 11, 2011 titled Council Decision authorising the creation of unitary patent protection.

On December 13, 2010, Document 17523/10 was published titled Council Regulation implementing enhanced cooperation in the area of the law applicable to divorce and legal separation. This Implementation Regulation was again amended and finally adopted by the Council.

Obviously there seems to be a two-step approach: 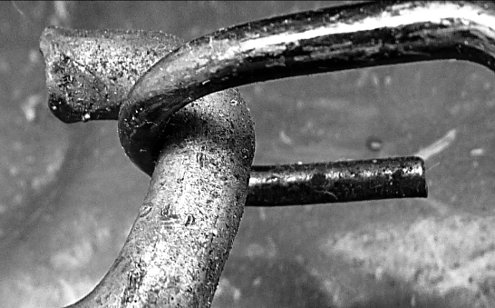 As we know from Wikipedia, stress testing is a form of testing that is used to determine the stability of a given system or entity. It involves testing beyond normal operational capacity, often to a breaking point, in order to observe the results. The concept is quite fashionable nowadays; it has reached mainstream in the context of the financial sector and even when making an assessment of operational characteristics of a railway station.

Now it looks as if we shall be witnesses of something that comes near to a major stress testing exercise of the patent system.

We all are supposed to be aware that an awful lot of litigation is currently going on in the field of mobile devices like smartphones and tablet computers. Reuters have published nice infographics on patent-related suits between mobile device / component manufacturers here. Moreover, there are press reports saying that Apple, Inc., is about to launch another patent based suit against Samsung allegedly aiming at a EU wide ban on all of Samsung’s smartphones and tablet computers under its Galaxy brand. If these speculations were true and if Apple were to prevail in such battle, the suit could not only be a blow to Samsung but also to the Android ecosystem in its entirety.

Another litigation front has been opened by a company named Lodsys, a non-pracitcing entity (NPE) suing certain individual software developers  who brought to market smartphone apps which allegedly are infringing Lodsys’ patent rights.

It appears to be quite clear that the motivation of Google to acquire Motorola Mobility for USD 12,5 billion is mostly fueled by their desire to overcome a perceived inferiority of their own patent portfolio.

END_OF_DOCUMENT_TOKEN_TO_BE_REPLACED

Fees for International Applications Change as of 1 September 2011

As of 1 September 2011 the fees for international (PCT) applications will change (see EPO Notification of EPO of 3 Augst 2011) as follows:

The fees for international applications are calculated in Swiss Francs (CHF). The fee change is due to another amendment (after that of 1 January 2011) of the equivalent amounts in EUR by the International Bureau (see Official Notice in PCT Gazette of July 2011 (p. 94). 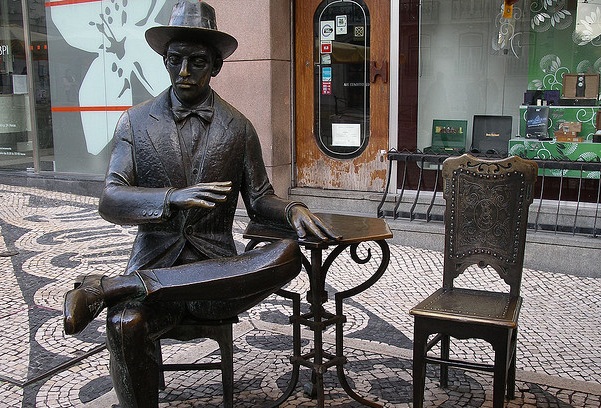 Back in September 2010 the EPO-sponsored 15th European Patent Judge’s Symposium took place in Lisbon, where the judges discussed developments in European patent law. The symposium was attended by 120 patent judges from Europe and guests from the USA and Japan. A big issue of course was the EU patent and the related litigation system, but the related discussion is now meaningless in view of the recent developments in this regard. But there were other interesting topics discussed as well.

For instance, in a working session on “Patentability of Computer implemented inventions”, Mr. Dai Rees – Chairman of an EPO appeal board and member of the Enlarged Board of Appeals that issued the G3/08 opinion – outlined the developments of the respective EPO case law. His contribution is documented in an article in the conference proceedings: Special edition 1/2011 of EPO Office Journal (PDF, 5 MB), pp. 93 to 102. The below summary reflects my personal observations and understanding of Mr. Rees presentation and also contains some individual flavours and thoughts.

Relevant Provisions: As a reminder, the provisions of the EPC to be considered for computer programs or technicality issues not only involve Art 52 EPC (“programs for computers as such“), but also Articles 18, 19, 21, 22 and Rules 42(1)(a), (c), 43(1) and 44 EPC, which use the term “technical” in different contexts. Further, in the EPC 2000 revision, Art 52(1) EPC was clarified in that patents shall be granted for inventions “in all fields of technology”, which, however, was regarded as a clarification rather than a substantive amendment of the Convention.

END_OF_DOCUMENT_TOKEN_TO_BE_REPLACED

Amazon’s so called “One-Click Patent” is one of the most controversially discussed software inventions ever. The term, which nowadays is used as a cipher for a prototypical business method patent, was originally coined for US 5,960,411 titled “method and system for placing a purchase order via a communications network” (filed 12 Sep 2007, granted 28 Sep 1999; pdf), which has been enforced against competitor Barnes & Noble and licensed to Apple.

The respective teaching enables easy Internet shopping in that a customer visits a website, enters address and payment information and is associated with an identifier stored in a “cookie” in his client computer. A server is then able to recognize the client by the cookie and to retrieve purchasing information related to the customer, who thus can buy an item with a “single click”.

EP Parent Application: The first “1-click” application in Europe, EP 0 909 381 A2, related to an Internet-based customer data system and claimed a “method for ordering an item using a client system“. The application has been withdrawn on 08 June 2001 in view of approaching oral proceedings that had been summoned by the Examining Division with a negative preliminary opinion saying that the claimed teaching was not inventive over prior art document D3 (Baron C: “Implementing a Web shopping cart”, Dr. Dobbs Journal, Redwood City, CA, 01.09.1997). During the proceedings, Dutch Internet bookseller BOL.COM supported the Examining Division by a number of third party observations according to Art. 115 EPC, all of which pointing the Examining Division to the relevance of D3 (see e.g. here or here).

END_OF_DOCUMENT_TOKEN_TO_BE_REPLACED 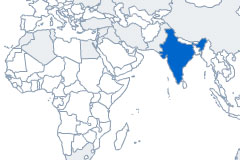