From the monthly archives: March 2012 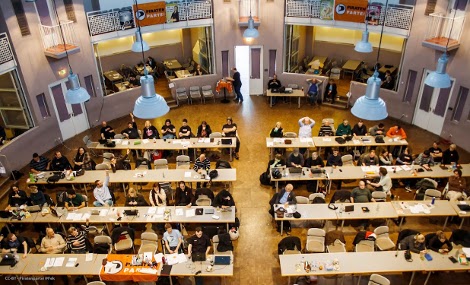 The Pirate Party (“Piratenpartei” in Germany) is well known amongst IP professionals for their sceptic stance on the current state of copyright and patent law. This article is just to keep our readers overseas without regular access to domestic news from Germany informed on recent developments:

Last not least in view of euphoric feelings after the Pirate Party’s success in Saarland, probably creating a thrust of motivation amongst their party activists, I would be somewhat surprised if they don’t also make it into the Parliaments of Schleswig-Holstein and North Rhine-Westphalia later this spring. And afterwards, if they manage to avoid any severe PR-disaster having a potential to turn their party into a laughing stock, it is also likely to see them in the Parliament of Lower Saxony as well as in the Bundestag in Berlin next year. As there are literally thousands of newcomer volunteers lining up at party conferences and looking for participation it might prove a bit difficult for the party to make sure that no lunatics or polit trolls seize the floor for performing a show of their own.

Anyway, pepole involved in IP politics better should assume that Piratenpartei is likely to stay.

In Defense Of The Court Of Justice Of The European Union?

This is a follow-up to Volker ‘Falk’ Metzler’s previous posting titled In Defense of Articles 6 to 9 of the Unitary Patent Regulation and, in particular, to the discussion induced by it.

As can be learnt from the public discussion of the role of the Court of Justice of the European Union (CJEU) and of the European Court of Justice (ECJ) in the context of the planned Proposal for a Regulation of the Council and the European Parliament implementing enhanced cooperation in the area of the creation of unitary patent protection as well as with regard to the still unfinished Draft agreement on a Unified Patent Court there appears to exist – at least in some quarters – a sort of general discontent with the work of those judges presiding in Luxembourg over the entire body of EU law.

For example, our reader Derek Clapton (maybe a pseudonymous author identification?) puts his view on the CJEU in this brief summarising sentence:

To say that the ECJ “is the best functioning institution of the Union” is like saying that Amsterdam is the highest place in the Netherlands – possibly true, but an unimpressive boast nonetheless.

Well, I think it might be interesting to have some deeper insight into the factual basis of this damnation. Mr Clapton gives us a clue when he writes:

If, in answering questions such as how to determine the scope of protection of a patent claim, the ECJ introduces the same degree of uncertainty in patent law as it has in the case of trade mark law, the EU patent system will fail its users, which may lead to manufacturers deciding to locate new factories outside of the court’s jurisdiction. In such case, Spain may be well advised to remain outside of the proposed EU patent arrangements.

And another commenter Peter Lustig (maybe another pseudonymous identification?) argues:

Usually, one would expect renowned senior practitioners of his kind to join him and support his argumentation – there appear to be none so far. Also, the Article 6 to 9-issue is only one in a row of objections, some going to the very core of the project (e. g. the compatibility with the AETR case law of the CJEU) and still remaining unaddressed. With all due respect, but Professor Tilmann’s outstanding reputation should not be allowed to replace founded answers to legitimate questions.

And, even Dr. Jochen Pagenberg himself joins the line of comments by arguing, inter alia, as follows:

If one wants a really unattractive, inefficient, unpredictable and probably extremely expensive patent court system, then we will get it; one must only give the ECJ a chance to receive as many referrals in patent law as possible.

If one wants to see substantive patent law in Europe to be decided by judges without any solid knowledge and experience in this field, then one must involve the ECJ whenever possible.

Well, is this real? It is fair to say that as a humble patent and trade mark attorney I never shall deal with those EU judges in Luxembourg myself. But I have to carefully read important decisions, in particu﻿lar in the field of trade mark law. And, yes, there are decisions of the Court which I find questionable but that also holds for me when studying decisions from German Courts. A well-known and a bit semi-ironic German proverb says that in court and on the high seas we all are in the hands of the Lord, indicating that awaiting a decision of a Court always bears a momentum of unpredictability. Are the high seas of the CJEU / ECJ excessive in this respect? END_OF_DOCUMENT_TOKEN_TO_BE_REPLACED

END_OF_DOCUMENT_TOKEN_TO_BE_REPLACED

Will we ever find cases related to substantive patent law in here?

As the question of which EU member state will receive the Central Division of the EU Unified Patent Court (see here, here, and here) is officially seen as the only remaining obstacle to the Unified Patent Court Agreement, the Unitary Patent Regulation already received green light from the EU Parliament’s legal committee (JURI) in late December (see press release) so that the EU Council already began to linguistically finalise the Regulation text in early January.

THE DISPUTE ON ARTICLES 6 TO 9

Even so, a strong and illustrious ‘opposition movement’ of legal professionals and their associations (e.g. EPLAW and Jochen Pagenberg, European Patent Judges and Sir Robin Jacob, Professor Krasser, CIPA), industry representatives (e.g. ICC, IP Federation), and a few politicians (e.g. JURI member Cecilia Wikström (SE, ALDE) [1, 2, 3] and UK IP Minister Baroness Wilcox) demanded Articles 6 to 8/9 to be removed from the Regulation to prevent substantive patent law from becoming subject to review by the European Court of Justice via referral questions according to Article 267 TFEU.

END_OF_DOCUMENT_TOKEN_TO_BE_REPLACED 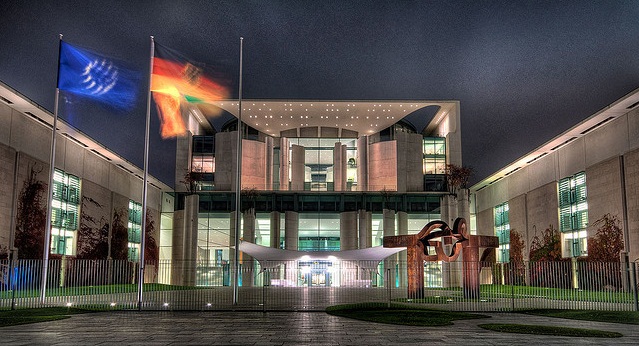 In one of our latest postings on the legal and political shadows of  the Unified Patent Court Agreement we concluded that the stuck ‘seat issue’ will now have to be decided on the top executive level, i.e. in personal talks between Federal Chancellor Angela Merkel, Prime Minister David Cameron, and - should he survive the French presidential election in April/May 2012 - Nicolas Sarkozy as the only serious and realistic bits were Berlin, London, and Paris, respectively.

While the German government always claimed the seat of a European Patent Court, should such court ever exist, London became a candidate rather late and only after intervention of the UK legal profession and Paris was considered a compromise location to prevent a deadlock between Munich and London. None of these bits is ideal for everyone as each has considerable drawbacks, as has been recently summarised on FT.com “few other EU countries are happy with a Munich seat because the city is already the home to EPO“, “Britain lacks goodwill or allies“, and “French inflexibility has been damaging“.