“The Objective Is To Reach Agreement On New Patent System By End Of The Year.” 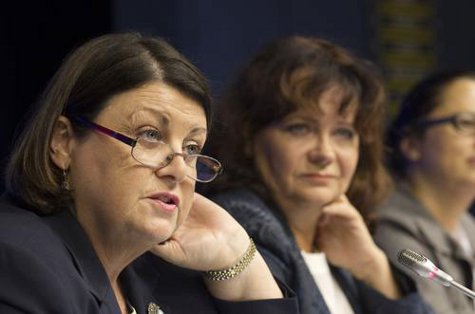 The EU Competitiveness Council met in Brussels on Thursday 29 and Friday 30 September under the chair of Mr. Marcin Korolec, Deputy Minister of Economy, and Mrs Barbara Kudrycka, Polish Minister of Science and Higher Education. Below please find a quote from recent MEMO/11/643:

Draft Agreement on the creation of a Unified Patent Court

The European Commission and the Polish Presidency are giving high priority to patent reform. The objective is to reach agreement on a new patent system by the end of the year.

In that context, intensive work has been done to find agreement among the Member States on the basic features of the Unified Patent Court. Currently, patent litigation in Europe is fragmented and expensive. National patent courts only decide on the validity of European patents in their own territory. A patent owner needs to start court proceedings in a number of different courts in order to enforce his European patent for the same invention throughout Europe. This creates unnecessary costs as well as legal uncertainty.

To address these issues, a draft agreement for the setting up of a Unified Patent Court was developed between 2007 and 2009. However, in its Opinion in March 2011, the Court of Justice of the European Union (CJEU) raised concerns in respect of certain aspects of the draft agreement.

In May, the Commission tabled a working paper on the way forward. The paper addressed the concerns of the CJEU and met the expectations of Member States and industry. The solution suggested by the Commission was examined and endorsed by the Member States at the May Competitiveness Council. On that basis, the Hungarian Presidency tabled a revised draft agreement in June. This will be discussed at tomorrow’s meeting.

Commissioner Barnier will welcome progress made in recent weeks and stress the importance of reaching a final agreement by the end of 2011. He will highlight that reducing the costs and complexity of the existing European patent system has a substantial impact on innovation and growth.

The Council exchanged views on a draft agreement aimed at establishing a unified patent litigation system (13751/11) in the context of the creation of unitary patent protection.

The outcome of the debate provides the Presidency with political guidance for continuing work with a view to reaching a political agreement on the patent package before the end of the year.

The draft package is made of legislative measures on how to obtain European patent titles with unitary effect that ensure uniform protection for inventions together with the translation arrangements, and the creation of a unified patent litigation system (10630/11). The debate focused on the main principles of a future agreement for creating a common patent court that would ensure compliance with the EU treaties, as requested by the Court of Justice of the EU in its Opinion 1/09 on the compatibility of the envisaged system with EU law. The vast majority of delegations supported the creation of a cost-effective and legally sound system that would include the following main features:

On 27 June 2011 the Council agreed on general approaches on two draft regulations implementing enhanced cooperation in the area of unitary patent protection (11328/11). On 30 May 2011 a large majority of member states endorsed the way forward proposed by the Commission of setting up a common jurisdiction by means of an agreement to be concluded between member states (see press release 10547/11, page 11).

For more background information on this matter see e.g. here, there, and there.

2 Responses to “The Objective Is To Reach Agreement On New Patent System By End Of The Year.”