Is the EU Patent Package Still “Broadly Accepted in Substance” or Already About to Fail Due to National Egoisms? (UPDATE) 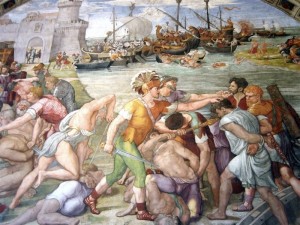 Monday’s Competitive Council meeting under the Polish Presidency (Chair: Waldemar Pawlak, Deputy Prime Minister and Minister of Economy of Poland) was intended to finalise the EU Patent Package (i.e. a EU regulation covering the Unitary Patent and the its language regime and an international agreement on the Unified Patent Court). Right after the meeting it appead that, based on a compromise proposal by the Presidency, this aim was missed only by a faily small margin since, as was explained in a nightly press release

[...] The debate took place on the basis of a compromise package drawn up by the Presidency. The compromise was broadly accepted in substance, but the debate showed that further work is still needed. The Polish Presidency is committed to take the work forward with a view to reaching agreement on the creation of a unified patent court before end 2011. [...],

combined with a Presidency tweet according to which “only the seat of the Central Division of the Unitary Patent Court needs to be decided“, apparently meaning that all other issues have been fixed. And in fact, a supplementary press release of the Polish Presidency titled “Agreement on substantial issues of single EU patent” clearly confirmed that

Out of the whole patent package the only remaining issue to be decided is the seat of the central division of the Unitary Patent Court UPC (Court of the First Instance).

The Presidency’s press release further stressed the issues agreed on, among which especially was

[...] the basic principles of the funding of the UPC,

and coined the flashy name “Warsaw Convention” to emphasise that this single remaining (political) issue will certainly be solved by December 22, the date of the end-of-term ceremony of the Polish Presidency, and maybe already at the EU summit on 8/9 December where the Heads of EU Governments decide on the future of the European currency.

As a suspicious person one could have raised eyebrowns on the fact that only the basic principles of the funding were agreed on, since the conflicting positions on whether the Unified Patent Court should be self-funded through court fees – as is England’s view – or at least initially receive financial contributions from the EU25 Member States were well known and formally articulated before the meeting (see here, 2.2.3).

Some observers also recognised that the Presidency was much more euphoric on what was achieved (“agreement on substantial issues”, “the only remaining issue”, etc.) than the EU Commission as represented by Commissioner Barnier (“a few more days needed”, see tweet).

The European Union’s first region- wide patent system may “never” happen unless governments bury their differences this month on a court process to handle disputes, an EU official said.

While governments from 25 of the 27 EU nations already agreed on the basic structure of the patent system, discord remains “on all points” concerning the creation of a court, [...].

It’s difficult to get a compromise if EU member states are fighting for all their concerns [...]. If we don’t get an agreement by Dec. 22, I don’t believe there’ll be a unitary patent in a very long time. It’s now or never.

Also on Tuesday many critics raised their fundamental legal issues again (cf. EPLAW resolution, this JURI member’s briefing, the Venice Judges’ Resolution or the Krasser Opinion – allegedly greatly supported by industry), according to which Articles 6 to 8 dealing with substantive patent law on patent infringement should be removed from the proposed Regulation, since otherwise substantive patent law would become subject to EU legal order so that patent cases “would be susceptible to the preliminary ruling jurisdiction of the Court of Justice of the European Union (CJEU/ECJ)”, “ensuing costs, years of delays, uncertainty and substantive patent law being interpreted by a panel of judges who do not possess the [required] skills and level of expertise” (see similar reports on fellow IP blogs ipeg and ipkat).

Now, JURI member Cecilia Wikström who is known for her strong support of such demands (see her email to the EPLAW Annual Congress on December 2) called on the ongoing IPWeek congress on 6-9 December for using the time remaining (see related tweets [1], [2], [3]) – and that certainly is what stakeholders are doing right now.

So it stronly appears that we have not heard the full truth about the status of negotiations about the EU Patent Package Monday night and certainly not about the campains starting again Tuesday morning.

To us, the outcome of this saga appears even more unpredictable than before the Council meeting.

UPDATE (15.12.2011): This tweet of usually well-informed @managinip suggests that Cecilia Wikstrom has lost battle over Articles 6 to 8 of the proposed Regulation and with her (parts of) industry [1] and a number of renowned patent professionals [1][2][3]. That is, the provisions dealing with substantive patent law on patent infringement will remain part of the Unitary Patent, thus making substantive patet law part of EU legal order.

This result might also be interpretetd as a defeat of system users and a victory of anti-patent campaigners, whose stategic approach is basically to shift the responsibility for substantive patent law (especially regaring patentability of software-based inventions) from the EPO and its Boards of Appeal to EU authorites such as the CJEU – like the logo of this campaigning website openly demands.

Photo 2009 by xiquinhosilva, via Flickr under a CC license)

5 Responses to Is the EU Patent Package Still “Broadly Accepted in Substance” or Already About to Fail Due to National Egoisms? (UPDATE)