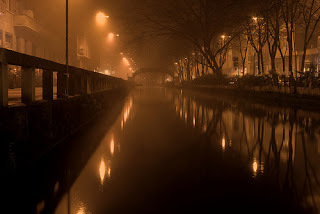 After the EU Competitive Council’s debate on the EU Patent Package (Regulation covering the Unitary Patent and its Language Regime and an international treaty covering the Unified Patent Court) ended Monday night, a nightly press report explained that only a few more days were needed to reach an agreement on the whole package, while the negotiators of the Polish Presidency added that “only the seat of the Central Division of the Unitary Patent Court needs to be decided”.

Before the Council meeting London and Munich were said to be the favourite cities for hosting the seat of the 1st Instance Central Division (see here or here), while Luxembourg was set for the seat of the 2nd Instance Court of Appeal since the home of the European Court of Justice (CJEU) for some reason was the only candidate for hosting this authority. Immediately after the meeting it was reported that the German and UK delegations objected to the Presidency’s compromise suggestion to have the “seat of the main litigation court for the upcoming EU patent” in Paris (see details here or here).

Since then the it looks like the candidate list changes constantly, as further candidates appear to throw down their gauntlet in the competition to host the Central Division, while others may have minimised their chances due to very recent political moves.

Parallel to these negotiations speculations sprout up that Italy and maybe also Spain might abandon their resistance against becoming a member state of the Unitary Patent. Especially in the case of Italy – now governed by pro-Europe Prime Minister Mario Monti who actively supported the Unitary Patent (see e.g. EU press releases IP/97/558 of 6/97 or IP/99/105 of 2/99) when he was a member of the European Commission from 1994 to 2004, first as Commissioner for the Internal Market (and thus predecessor of Michel Barnier who currently is in charge of the patent reform) and then as Commissioner for Competition – such rumours were reinforced by Mr Pierre Delsaux, deputy director general under Commissioner Barnier, who was reported to have revealed that Mario Monti is in fact considering joining the unitary system (see also tweet).

Interestigly, on 8 December 2011 an article (pdf) in Italy’s leading financial daily Il sole 24 ore titled “Italy’s ‘yes’ to the European [Patent] Court” (“sì dell’Italia al tribunale europeo”) sketched the view of Italy’s influential Employers Federation Confinustria and allowed some insight into the Italian government’s attitude towards that issue (translation by myself, maybe a native Italian reader want to confirm or correct, thank you):

Italy returns to the European game also with respect to the patents question. [...]

At the EU Competitiveness Council in the late afternoon of Monday, Enzo Moavero Milanesi, who for the first time participated as [Italian] Minister for European Affairs, has partially corrected the course of [Italy's] previous government concerning the international agreement for establishing the Unified Patent Court. From now on, therefore, Italy will participate in the negotiations regarding the agreement to constitute a [Unified Patent Court].

In recent months, Italy and Spain have opposed the decision to adopt a trilingual language regime for patent prosectution pursuent the Unitary Patent (French and German besides English). The ‘enhanced cooperation’ [...] has been contested by the Italian government for two reasons. First, the trilingual system is an incomplete and discriminatory simplification; it should either cover all major languages – including Italian – or be based on English only. Second, Italy denies that ‘enhanced cooperation’ can be admissibly used for patent matters in the internal market. [...]

Not acceding to this agreement [i.e. the Unitary Patent] will require Italian inventors to apply for patents both in Italy and Europe. Compared to the situation when Italy would accede to enhanced cooperation, this certainly is a burden. It is, however, essential that Italy is involved in the establishment of the [Unified Patent Court] because it is this [Court] that in future will judge disputes relating to both [types of] patents under the current Munich Convention [i.e. the EPC].

‘Confindustria’ hopes that the Government will also agree to the Unitary Patent.

What can we learn from this petiton of the Italian Employers Federation? Maybe that Mario Monti is planning to accede to the Unified Patent Court but not yet to the Unified Patent? This would mean that the decisions of the new Court would be effective in the territory of the EU25 member states (the whole EU except Spain and Italy) and additionally in Italy. Even though this approach may sound uncommon, the underlying basis to impement the Unified Patent Court by an international treaty does not precude such creative constructions in general but would require comprehensive review of the draft agreement.

And, what does it mean for the further fate of that petition that it was not only published on a private news network but also on the official website of the Department of European Politics (“Dipartimento Politiche Europee“) of the Presidency of the Council of Ministers (“Presidenza del Consiglio dei Ministri“), i.e. directly from Prime Minister Monti’s office?

Further, a series of articles (here, here, and here) in Italian media (e.g. in the Berlusconi family’s daily Il Giornale and again in Il sole 24 ore) raised that

Italy gives the go to the use of English in prosecution of Unitary Patents and to bring home the seat of the European [Patent Court] to Milan, city of engineering innovation.

and that Monti is in action (“Monti si muova”) to bring the European Patent Court to Milan (“A Milano il Tribunale Europeo dei Brevetti”), but first Italy has to accede to the Unitary Patent as proposed by the EU (“ma prima l’Italia dovrà accettare il brevetto unico così come proposto dall’ Ue).

The essence of theses articles is that the separatist Lega Nord party, as represented by MEP Matteo Salvini and Lombardy Councillor Fabrizio Cecchetti, raised a number of initiatives both at home and in Brussels (e.g. in the Council and the Parliament) to urge the Italian Government to acced to the Unitary Patent system and “to nominate the city of Milan as the site of the Unified European Patent Court of First Instance”, since “Milan and Lombardy must win this battle“. Just as a reminder, the Lega Nord is the same anti-Europe party that was then-Prime Minister Berlusconi’s coalition partner when Italy strongly opposed and in the end even took legal action agains implementing unitary patent protection within the enhanced cooperation framework.

In any case, would Germany, France and Great Britain really be prepared to award such manoeuvres with the seat of the Central Division?

UPDATE 2 (12.12.2011, 20:57): Thanks to a reply tweet from @gibus, we got aware of an annonymous ‘confirmation-in-part‘ according to which above-mentioned Italian Minister of European Affairs Enzo Moravo Milanesi clarified in a JURI meeting last Monday that his country will at least “participate to the negotiation on Unified Patent Court Agreement”. At that time (5 Dec 2011) it appeared that Italy did not intend to withdraw the legal action against the Unitary Patent Regulation before the CJEU. However, things may change quickly in politics, as we all know.

UPDATE 3 (25.12.2011): Thanks to another tweet from @gibus we now know that the above-described efforts of the Europe-scepticists of Lega Nord have reached the EU Council on 13 December in the form of an parlamentary question of Matteo Salvini openly asking for a gratification for withdawing Italy’s action against the language regime of the unitary patent as proposed by the Commission:

Would the Council not agree that, as [Italy's] action [before the Court of Justice] will be withdrawn, Milan should be considered as a possible seat for the European patent court?

in full concious of the fact that the real gratification would be to prevent Italy from being excluded from this important economic framework:

Patents make a major contribution to a country’s economic development, and not being involved in the project would be a disadvantage to Italy [...].

(Photo 2005 by Opethpainter via Flickr under a CC license)

2 Responses to Will Italy Join Unitary Patent and Ask for Seat of Central Division of Unified Patent Court in Return? (3rd UPDATE: Confirmed)