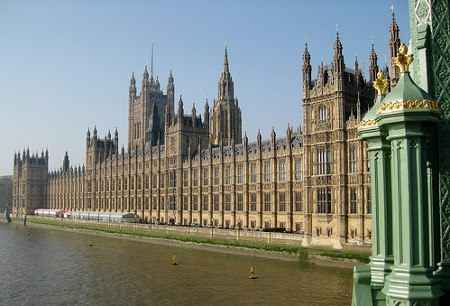 José Manuel Durão Barroso, President of the European Commission, has delivered a Statement on the occasion of a meeting with Helle Thorning-Schmidt, Prime Minister of Denmark, on January 12, 2012:

The same goes for a common unitary patent in Europe! Frankly we are almost there; there are now some divisions between France, Germany and Britain on things that are not so difficult. We can finalise the Community patent that we have been discussing for 30 years so it is about time to come to a solution and I know that Denmark will put its influence to find a solution.

Apparently this is something like a morale-boosting slogan, a rallying call, pep talk. We shall wait and see what really will happen during the coming months of the Danish EU Presidency.

Meanwhile the European Scrutiny Committee of the UK House of Commons uttered concerns that some of the draft plans for a single EU-wide patent system could disadvantage UK small businesses, Out-Law.com reports.

In detail, the conclusions of the Committee were not very favourable:

2.23 We are struck, again, by the strength of opposition to this proposal and the linked Patent Regulation from organisations representing the patent profession — both nationally in the form of the views expressed by the Chartered Institute of Patent Attorneys, and within the EU of the European Patent Lawyers Association (EPLAW). We note that, besides the recent remarks of the President EPLAW cited earlier in this Report, EPLAW issued a resolution on 29 October 2011 on the Patent Regulation and the unified patent court concluding that:

2.24 We are grateful to the Minister for her early response to the questions raised in our last Report. Her answers do not, however, allay our concerns about the international agreement, and so we do not propose to release the document from scrutiny. Principal among those concerns are the effect of the non-exclusive jurisdiction of the unified patent court on small businesses seeking to enforce EPO patents through national courts and the jurisdiction of the Court of Justice being extended to cover the infringement of patents. From the submissions we have received, there appears to be a substantial body of expert opinion which thinks the Court of Justice would be wholly unsuited to this task, with profoundly negative consequences for the enforcement of intellectual property rights across the EU. If, however, the Minister can point us to a body of countervailing expert opinion which welcomes the advent of the Court of Justice’s involvement, we would be grateful to review it.

2.25 We have heard informally from the Minister’s officials that the signing ceremony planned in Warsaw for 22 December is now unlikely to take place. Although unaware of the reasons for this, obviously we welcome this news. And we urge the Government to seek to persuade the current and next Presidencies to allow for significantly more time for effective national scrutiny of the draft agreement.

2.26 Our task in scrutinising the agreement is made considerably harder by not having sight of a more recent version. Given the importance of the topic, and the considerable interest in it outside Parliament, we ask the Minister to deposit a redacted version of the agreement, as a way of avoiding the constraints of a limité Council document, which conceals negotiating positions but sets out the contents of the draft Articles to date. Or, alternatively, to provide a full explanation of the agreement in a Ministerial letter. We also ask that the Minister provide an explanation of each Article in an accompanying letter or Explanatory Memorandum.

2.27 Given the legal impact of the Patent regulation and the unified patent court domestically, we will be inviting representative organisations from the patent profession to give evidence to us in the New Year. We would also be grateful to the Minister if, on the same occasion, she would attend to give evidence too. Our officials will be in touch to arrange this.

2.28 Finally, we note the Minister says in her letter of 9 December that “it would not be usual practice for the Government to submit a document like that in 11533/11 because it concerns a draft international agreement between states acting in an inter-governmental capacity and is not based on any provision of the EU Treaties”. Our view differs: this agreement directly affects the competence of EU institutions — it is therefore of utmost importance that the Committee is able to scrutinise it. It should therefore be usual practice for all Departments to submit such international agreements for scrutiny. (Such agreements come within the category of document defined in paragraph 143 (1)(vi) of the Committee’s Standing Order.)

Articles 6 to 8 in the Proposal for a Regulation of the European Parliament and the of the Council implementing enhanced cooperation in the area of the creation of unitary patent protection (see e.g. recent Document 17578/11) as mentioned above in the Committee’s report define the legal effects of the planned European patent with unitary effect. Although, when having a look to the overall structures of patent law, it appears to be completely coherent to include these provisions just into the Regulation (which replaces national patent law comprising similar statutory clauses) , obviously there are strong interests to keep them out of the Regulation. Some players are quite fearful when considering any remote chance that the Court of Justice might grab jurisdiction of genuine patent law, in particular when delimiting patentable subject-matter from other subject-matter not patentable:

2.11 Mr Waugh is a Silk in Three New Square chambers, which specialises in intellectual property law. He writes to the Committee in response to the Minister’s letter above. [...] Of most universal concern within the patent profession is that the:

“[i]nclusion of Articles 6 to 8 in the Proposed Regulation, and not just in the draft Agreement, will ‘make substantive patent law part of EU legal order.’ Patent cases involving a ‘new’ unitary patent would be susceptible to the preliminary ruling jurisdiction of the Court of Justice of the European Union (CJEU/ECJ), while ‘old’ European patents would not. Cue the ensuing costs, years of delays, uncertainty and substantive patent law being interpreted by a panel of judges who do not possess the skills and level of expertise that the judges referring the questions in the first place are required to address under Article 10 of the Draft Agreement.”

It is not known to me at the time being as to whether or not such concerns brought forward in UK politics  taken alone could potentially somehow derail the entire project of a unitary patent protection in Europe. Will HMG in general and the UK PM in particular listen to such voices? Could the envisaged enhanced co-operation process (without IT, ES) politically survive an opt-out of the UK?