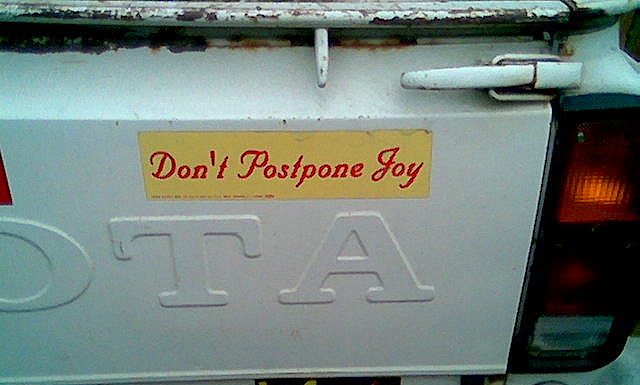 1) EXECUTIVE: The date for the first parliamentary sitting was not questioned even when the negotiations on the new EU-wide patent infrastructure run aground in late December 2011, basically because of a (not unexpected) political controversy over the seat of the important Central Division of the Unified Patent Court [1, 2], as claimed by at least France, Germany and the UK [3]. The EU member states thus could not agree on a final version of the Patent Court Agreement until 22 December 2011, the originally planed date of an initialling ceremony in Warsaw.

This criticism meanwhile swelled to a powerful choir at least in the UK, where the European Scrutiny Committee of the House of Commons under Chairman Bill Cash MP – a Eurosceptics Tory – offered serious concerns regarding possible disadvantage for British businesses (see report of 20 Dec 2011 hearing and transcript of 25 Jan 2012 hearing).

During the hearings, Mr Cash bravely tried to clarify why EU politicians frequently affirm that the only remaining question is the seat of the Central Division (see e.g. EU Council statement of 30 Jan 2012) and now try to quickly push through this agenda while (British) industry and a considerable number of (British and continental) experts and practitioners see so many more problems and drawbacks. The answers were quite clear:

Christian Gassauer-Fleissner (EPLAW President): I don’t know. I think the only reason I can see [...] – that the previous [Polish] Presidency wanted to present some kind of success after many years of discussions. [...]

Tim Robert (CIPA Chairman): The only theory I can suggest to you is that the EU needs a victory and this can be presented as a victory. This is something they have been trying to do for 40 years. [...] It is a very desirable objective and it is being presented outside the UK as a victory, as something the EU can do.

One may suspect that this is also the obvious reason for the mantra-like repetition of the window dressing promise that the Unitary Patent will reduce average patenting costs by ridiculous 80% (e.g. here, here). Other problems discussed among patent practitioners include the financing of the UPC and the level and distribution of the renewal fees (see here).

Before the background of this discussion it is interesting to see that the allegedly only remaining issue has meanwhile arrived at the top level of EU politics, as EU Commissioner Internal Market Michel Barnier openly suggested around Christmas:

I appeal to Angela Merkel, Nicolas Sarcozy and David Cameron to reach an agreement as to the seat of the [Central Division of the] European Patent Court.

In fact, it now appears that the EU Patent System can only be saved by Angela Merkel and David Cameron personally (maybe with some mediative support from the Danish Presidency) and that they are prepared to take some more time, as the official statement concluding the informal financial Council meeting on 30 January 2012 clarified:

The participating Member States commit to reaching at the latest in June 2012 a final agreement on the last outstanding issue in the patent package.

The Chair [i.e. Mr. Klaus-Heiner Lehne (DE, EPP), Rapporteur for UPCA] stated that, whilst the committee was able to vote on the three patent procedures, there would be no vote in plenary until an agreement had been reached on a seat for the relevant EU body.

According to the Draft Agenda, there will not even take place a brief hearing on the three parts of the EU Patent Package on the day originally envisaged for the concluding plenary voting.

This breether has been demanded by many observers (e.g. FICPI, CIPA) of the European Commission’s strong will to quickly rush to an agreement (cf. press release of EU President José Manuel Barroso). It is, of course, the only sensible consequence the Parliament can draw from the fact that at least the Court Agreement is not finalised yet, let alone other remaining issues as mentined above. In fact, Article 5 (1a) UPCA still reads:

3) JURI. But what does JURI actually recommend? On 19/20 December 2011 JURI members voted in three separate sessions on the EU patent package (see nos. 18 to 21 of agenda), as negotiated between the JURI Rapporteurs and the EU Council behind closed doors:

The voting results and JURI’s voting recommendations for the – now postponed – plenary voting are specified in the minutes of the 19/20 December JURI meeting. One may ask why this important document has been disclosed to the public not until mid January.

3b) REPRESENTATION. As to the representation rights of European Patent Attorneys before the future Court, Article 28 of the “Revised Presidency Text” of the UPC Agreement (Doc. 16023/11) dated 26 October 2011 suggests that besides national lawyers

In contrast, JURI Rapporteur Klaus-Peter Lehne, a partner of the international law firm of TaylorWessing having one of the largest patent law departments in Europe, suggested a text version that would completely exclude Patent Attorneys from independent representation:

the parties should be represented only by lawyers authorised to practise before a court of a Contracting Member State; the representatives of the parties might be assisted by patent attorneys who should be allowed to speak at hearings before the Court,

while JURI member Cecilia Wikström suggested the clear opposite:

the parties should be represented only by lawyers authorised to practise before a court of a Contracting Member State and/or by European Patent Lawyers who are entitled to appear before the European Patent Office.

It does not come as a surprise that the JURI committee, in which lawyers have a 60% majority (15 out of 25) while none of them is a patent attorney or – as judged from their biographies – has any professional insight in patent law or the patent system, were convinced by the argument that “it is of utmost importance that parties are represented by lawyers” and voted for the restrictive Lehne version, again against the clear recommendation of industry (cf. Policy Paper PP05/11 of IP Federation) and professionals (cf. e.g. positional paper of epi; report of CEIPI; view of CIPA) .

Photos 2007 by eylon via Flickr under a CC license)