What If The United Kingdom Were Set To Leave The European Union? 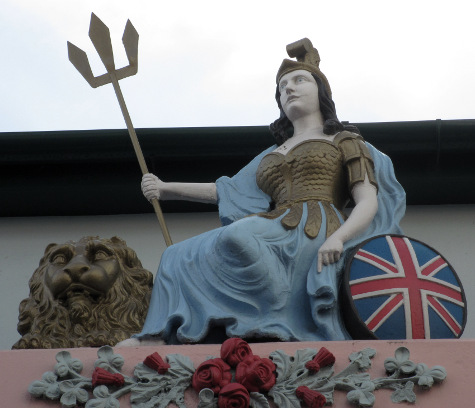 There is a domestic debate in the United Kingdom which currently is getting increasingly more and more fierce: Could this country, after a bitter row between supporters of the EU membership, on the one hand, and their adversaries, furious eurosceptics, on the other hand, eventually push the panic switch to trigger the ejector seat, thereby cancelling all the treaties governing their membership in this club? The recent issue of The Economist even brings this matter even on the front page. I myself, being a German citizen, tend to consider any exit of the United Kingdom from the EU as a regrettable and detrimental step harmful both for the prospects of the Kingdom as well as for the remaining EU Member States. It reduces the weight of both parties, in terms of political influence as well as concerning prospects of economic well-being. And, on the long term, European integration was and still is the central political tool for keeping peace in Europe despite a violent past.

In his time, facing a deadly threat by Nazi Germany, Churchill was right when uttering

“For 400 years the British policy has been to oppose the strongest power in Europe by uniting all the lesser powers against it. Sometimes it’s Spain, sometimes it’s Germany, sometimes France.” (Churchill: The Wilderness Years)

Those amongst the readers of this blog who have consumed episodes of the Yes Minister sitcom in the 1980s might have laughed at Bernhard Wooley’s joke stretching the scope of this piece of Churchill’s wisdom to be sort of a first principle of the UK membership in the EU. But can this really still be a valid device for today’s politics? I’m in doubt about such assumption.

Some eurosceptics might perhaps prefer to dream of a revival of that sort of special relationship between the United States and the United Kingdom which had been forged, again under the horizon of the agression emerging from Nazi Germany, between key allies in the World War II. However, as early as in 1952 Harold Macmillan (at that time Housing Minister) noted down in his political diary:

… The Cabinet today was interesting. Eden gave us his general impressions of the American visit. He had been forcibly struck – indeed horrified – at the way we are treated by the Americans today. They are polite, listen to what we have to say; but make (on most issues) their own decisions. Till we can recover our financial and economic independence, this is bound to continue … (Catterall, Peter [Ed.]: The Macmillan Diaries – The Cabinet Years, 1950-1957, p. 133. London: Macmillan, 2003).

Would anyone dare to seriously argue that this substantially has changed meanwhile? That sort of financial and economic independence Eden and Macmillan have talked about hardly will emerge from any EU exit of the United Kingdom. The Economist summarises the prospects of Britain walking away entirely as follows:

The most likely outcome would be that Britain would find itself as a scratchy outsider with somewhat limited access to the single market, almost no influence and few friends. And one certainty: that having once departed, it would be all but impossible to get back in again.

And, there is another big issue looming in UK domestic politics: A referendum on independence of Scotland might split the Kingdom into two states, Scotland most likely staying within the EU.

Well, it all will depend on the British people who need to make up their minds.

If, in the most extreme case, England, Wales, and Northern Ireland were bound to exit the EU completely – what would be (most likely) the consequences for the field of IP law?

A precise walk through the acquis communautaire surely will uncover other but minor legal changes, e.g. concerning  Directive 98/44/EC of 6 July 1998 on the legal protection of biotechnological inventions, or concerning Council Regulation (EC) No 44/2001 of 22 December 2000 on jurisdiction and the recognition and enforcement of judgments in civil and commercial matters (Brussels I).

(Photo released to the public domain by Man vyi on Wikimedia)

2 Responses to What If The United Kingdom Were Set To Leave The European Union?