Patent Attorneys Beware of Lobbying: Fight for your Right to (Represent) Parties 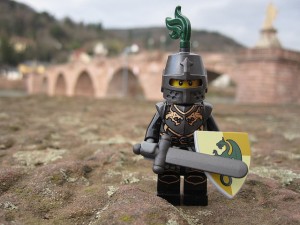 Are European Patent Attorneys prepared to fight for their right to represent parties before the Unified Patent Court in both validity and litigation cases?

As reported earlier on this blog, the debate on the role of Patent Attorneys before the future Unified Patent Court has been reopened by the JURI Committee of the European Parliament, which suggested in a  “Draft Report on a jurisdictional system for patent disputes” (2011/2176 (INI)) dated 9 September 2011 that

“the parties should be represented only by lawyers authorised to practise before a court of a Contracting Member State; the representatives of the parties might be assisted by patent attorneys who should be allowed to speak at hearings before the Court”,

which, if ever put into action, would fall back behind the current situation in major European patent jurisdictions, such as UK or Germany, where patent attorneys are entitled to represent parties at least in validity actions.

As opposed to the JURI suggestion, current Article 28 (Representation) of the “Revised Presidency Text” of the Draft Agreement on a Unified Patent Court and draft Statute (Doc. 16023/11) dated 26 October 2011 rules that besides national lawyers

One may ask why JURI tries to exclude European Patent Attorneys from representation before the Unified Patent Court. I don’t have an answer yet, but it’s a matter of fact that at least 15 out of 25 members of the JURI Committee are lawyers (e.g. rapporteur Klaus-Peter Lehne is a partner of TaylorWessing, having one of the largest patent law departments in Europe), while none of the members is a patent attorney or – at least according to the biographies available on the website of the European Parliament – has any significant experience or deeper insight in patents, patent law, or the patent system.

Since JURI does not provide any further arguments apart from that “it is of utmost importance that parties are represented by lawyers”, it may not be too far fetched to consider JURI’s demand as plain lobbyism or, at least, resulting from a significant lack of knowledge regarding the competences, qualifications, and day-to-day practice of European Patent Attorneys.

In fact, as opposed to many other fields of law, intellectual property and especially patents are a very lucrative and even growing legal market for lawyers, so that there is certainly quite some lobbying going on in this question, which is considered crucial for the business model of patent lawyers.

For example, the “patent attorneys may assist lawyers” wording in JURI’s Draft Report looks as if it was just copied from a position paper of the vocal lawyer’s lobby group CCBE (see also the “concerns” of CCBE’s secretary-general Jonathan Goldsmith and the critical response of Tibor Gold, editor of the monthly Journal at The Chartered Institute of Patent Attorneys).

In order to bring light in the darkness of such “self-serving fears of competition from suitably-qualified patent attorneys in flagrant disregard of clients’ preferences” (as Tibor Gold put it), we better listen those who understand that patents are legal documents providing technical teachings, such as (i.) system users, (ii.) experienced practitioners and (iii.) independent researchers:

In its Policy Paper PP05/11 of 22 June 2011, the IP Foundation clearly expresses its support of the current text of Article 28 of the Draft Agreement:

[...] It therefore seems to us that any system which denied direct representation to European Patent Attorneys (EPAs), the largest body of technically qualified legal persons in Europe with a deep understanding of both patent law and science, would be both inconsistent and sub-optimal. This is the more so given that, in the field of patent law, EPAs and specialist patent lawyers have overlapping and in some instances identical skills. Furthermore, they operate within a professional framework of conduct and disciplinary proceedings overseen by a recognised professional body (the European Patent Institute) which for all practical purposes is identical in its effect and severity to those bearing upon their lawyer counterparts.

At least three reasons have been identified by the IP Foundation for its strong support of the current version of Article 28:

while the cadre of lawyers will include many who have no knowledge of technology, patent law (e.g. the EPC) or of the procedural law of the Unified Patent Court, especially if those lawyers come from a state with little or no tradition in the patent field and be subject to considerably varying disciplinary procedures the European Union.

III.   The renowned Centre d’Études Intern. de la Propriété Intellectuelle of the University of Strasbourg also supports representation rights of European Patent Attorneys before the Unified Patent Court, since “before these courts infringement and validity issues will be taken together, in order to expedite the proceedings”. In a presentation and a report on the conference “Towards a European Patent Court“, held in April 1010, Walter Holzer, course coordinator at CEIPI, held that

As shown above, there are many reasonable arguments why European Patent Attorneys holding a Patent Litigation Certificate should be entitled to directly represent parties before the new Unified Patent Court. It would be counterproductive for efficiency of the proceedings and quality of the decisions if lawyers having neither knowledge of technology nor experience with patent law and patent suits (and which are not required to have any additional qualifications) may represent clients before the Unified Patent Court while experienced European Patent Attorneys holding a supplementary Patent Litigation Certificate may not be entitled to do so. The system users, as organised in the IP Federation, would consider such a situaton “inconsistent and sub-optimal“.

To prevent such a situation, which would be adverse for the parties and the acceptance of Court, patent attorney organisations such as epi, FICPI , AIPPI, or national patent bars such as the German Patentanwaltskammer or the UK Chartered Institute of Patent Attorneys should increase their efforts to make sure that the current text of Article 28 remains as it is.

In fact, the only way to improve Article 28 for the benefit of parties and quality standards would be to amend Article 28 (1) to e.g. read: “Parties shall be represented by lawyers authorized to practise before a court of a Contracting State and who either meet the required experience in patent litigation or who have appropriate qualifications such as a European Patent Litigation Certificate“, in order to ensure that inexperienced lawyers will have to obtain an extra qualification to practise before the Unified Patent Court.

5 Responses to Patent Attorneys Beware of Lobbying: Fight for your Right to (Represent) Parties