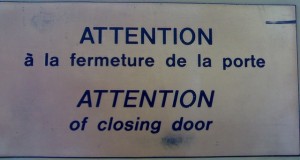 As reported earlier on this blog (see here), the EU Commission is giving high priority to implementing the Unitary Patent and related Unified Patent Court System, in fact, “the objective is to reach agreement on a new patent system by the end of the year” (see MEMO/11/643).

In one of our latest articles, we reported that European executive authorities are now, as the end of the year approaches, “rushing to set up the EU Unified Patent Court“. (see Document 17317/11). But also the legislative authorities in charge – the European Parliament and its Legal Affairs Committee “JURI” – are heavily involved, as has been reported on this blog either (see here or here).

However, as the Executive (i.e. the European Commission and Council) can only suggest a new or amended piece of law, a parliamentary process that may be required to put the law in force might be longish and troublesome -  especially if a self-confident Parliament has to decide on a controversial and rarely used legal institution as enhanced cooperation in case of the implementation of the Unitary Patent. As the Unified Patent Court system will be implemented by international agreement between 25 EU member states (EU27 except Spain and Italy), the EU Parliament will not have to adopt a formal position on that issue. Nevertheless, Klaus-Heiner Lehne, Rapporteur of the JURI Committee came up with a Draft Report on a jurisdictional system for patent disputes (2011/2176 (INI)), as reported here.

To ensure that broad discussions and public comments would not endanger the ambitious time schedule for reaching an agreement, the three Rapporteurs of the the JURI Committee – Bernhard Rapkay (S&D, Germany), Raffaele Baldassarre (EPP, Italy), Klaus-Heiner Lehne (EPP, Germany) – have been equipped on 22 November 2011 with a mandate (see agenda, nos. 33, 34, 35) to negotiate the agreement on the Unitary Patent and the related Language Regime with the European Council in back rooms behind closed doors. (see e.g. press release as well as press reports [1] and [2]).

As can be taken from this “non-paper” available on the EU Parliament’s website, the mandate for negotiations covers:

Meanwhile, JURI Committee members appear to see the two major problems: (i.) the exact breakdown of annual renewal fees, which presently is suggested to be 50% for the EPO as the examination authority of the Unitary Patent and 50% for the national patent offices, and (ii.) the role of the EU Court of Justice in the new Unified Patent System – within the boundaries of opinion 1/09 of the EU Court of Justice. Some JURI members, e.g. Cecilia Wickström (ALDE, Sweden), would like to keep off the EU Court of Justice from substantive patent law due to its alleged lack of expertise and experience, which is perfectly in line with vocal lobbying groups such as BusinessEurope (see letter of Thierry Sueur, Chairman of the Patent Working Group) and the patent lawyers association EPLAW (see resolution dated 28 Sep 2011), the latter arguing:

The most serious drafting error constitutes the inclusion of the Articles 6 to 8 into the Proposed Regulation. [...] These articles (on ‘direct infringement’, on ‘indirect infringement’, and on ‘limitations’) set out the substantive law on patent infringement, based upon the corresponding provisions of the Community Patent Convention. The inclusion of these substantive rules into the Proposed Regulation will make them a matter of Union law with the result that an unpredictable number of referrals to the CJEU must be expected in an area which often is the core of a patent case.

How will the CJEU be able to deal with these questions which according to Art. 10 of the Draft Agreement not only require the “highest standards of competence and proven experience in the field of patent litigation“ but also an understanding of often highly technical facts?

EPLAW strongly recommends the exclusion of rules of substantive patent law from Union law, i.e. to delete the Articles 6 to 8 from Chapter II of the Draft Regulation [...].

Apparently, there are a number of unresolved issues that are now negotiated under high pressure and behind closed doors so that, according to the published schedule, a political agreement can be reached until 5 Dec 2011 and the report can possibly be adopted in the JURI Committee in the first sitting scheduled on 20 Dec 2011. The plenary sitting of the European Parliament is scheduled on 2 Feb 2012.

It is not apparent why JURI refuses to discuss this important subject in public. But one thing is clear, such behind-the-doors negotiations are perfect situations for non-elected players to influence the decision making process in their particular interest. And we can be pretty sure that after an agreement between the Council and the three JURI Rapporteurs the political pressure on the parliamentarians to behave like well-disciplined ‘yes’ men will be enormous when they will have their plenary say next year. The tight schedule, however, is not a good justification of such policy.

Some, like my co-blogger Axel Horns and myself, find that comparable with the ACTA secrecy

“Frankly, this is appalling. Intellectual Property in general and this cornerstone of European patent politics in particular should not be negotiated in darkness and shrouded by secrecy. After ACTA, this is the second big project where influential policymakers prefer to flee the light of public discussion and seek to refuge by shrouding with secrecy what should be in the open”

while others say it’s outrageous and a shame.