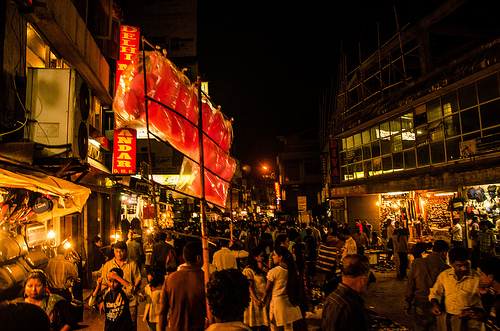 In this situation, Mr. José Manuel Barroso offers his version of what has happened at the European Council summit in a speech in today’s plenary session of the EU Parliament:

There was a compromise on this between the participating Member States, but it unfortunately comes at the price of the deletion of important Community elements of the original Commission proposal. Whilst [...], the Commission has therefore reserved its position and I have made this reserve very clear to Heads of State and Government during the European Council. The situation will now require an assessment between the three institutions. We are ready to work with you [i.e. the EU Parliament ] on this.

This statement may enter the history books of the European Union as it clearly expresses the level of chaos reached in the patent debate. Apparently, the Heads of Government – particularly Cameron, Hollande, and Merkel – simply ignored Barroso and his Commission, being exactly that EU authority that comes closest to a government, which now in turn takes  the side of a Parliament that is increasingly frustrated an furious about Europe’s executive leaders. This summit may turn out to be historic in a slightly different way as was assumed by the Presidency!

Shift of Competences: However, the second amendment the European Council agreed on relates to the distribution of competences among the various local, regional and central divisions of the 1st instance of the Unified Patent Court.

The latest draft Unified Patent Court Agreement (UPCA) available is Doc 15289/11 of 7 Oct 2011 (“Draft Agreement on a Unified Patent Court and draft Statute”). Therein Articles 15 and 15a regulate the Competence of the various divisions. As a general rule, however, Art. 15a (6) UPCA allows that parties may agree to bring an action before the division of their choice, including the central division.

Local/Regional Divisions are competent to handle:

Either a Local/Regional Division or the Central Division is competent to handle the following legal instruments, depending on whether a parallel infringement action is pending:

The Local/Regional Division handling the parallel infringement action may

The Central Division is exclusively competent to handle:

These rules were based on the general principle of subsidiarity and the willingness to well-balanced the European patent court architecture to the particular benefit of SMEs, as infringement actions are exclusively handled by local/regional divisions and a choice between a bifucated (infringement local/regional, revocation central) and a combined system (both infringement and revocation local/regional) is provided.

Now, the concluding Doc EUCO 76/12 did not only clarify that the Central Division of the Unified Patent Court will be split among Paris, London and Munich with Paris obtaining the main share, but also provided some new competence rules affecting the Central Division and the Local/Regional Divisions:

There will be no possibility for the defendant to request a transfer of an infringement case from a local division to the central division if the defendant is domiciled within the European Union.

Further to those amendments that enable infringement actions to be brought before the Central Division if a revocation action is already pending there or if the defendant is domiciled outside the EU, another regulation apprently agreed on 5 December 2011 in Doc 18239/11 (limite) appears to even more shift competences from the Local/Regional Divisions to the Central Division, as it requires that,

if the alleged infringement has occurred in the territory of three or more regional divisions, the defendant has the possibility to bring an infringement action to the central division.

Apart from the fact that it presently is totally unclear how many Regional Division will (have to) be set up so that this rule probably refers to “three or more local or regional divisions”, any Germany-wide infringement would immediately meet this requirement as it is expected that Germany will receive three local divisions (presumably Munich, Mannheim, and Düsseldorf). That is, practically any patent infringement defendant before a German court could for tactical reasons request the case to be transferred to the Central Division in Paris. That certainly would be further bad news for German patent expertise and infrastructure.

Contrary to the nature of the original rules of Doc 15289/11 dated 7 Oct 2011, the amendments in Doc 18239/11 and Doc EUCO 76/12 will result in a more or less centralised patent court system in which all more important patent litigation cases will be handled by the Central Division, as non-European defendants and infringements covering a larger territory (whatever “in the territory of three or more regional divisions” might mean in the end) are faily common.

(Photo 2012 by Ashwin Kumar via Flickr under a CC license)

2 Responses to Unitary Patent: Political Struggle and Shift of Competence towards Central Division