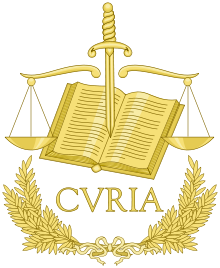 This basically means that the European Court of Justice (CJEU) will not any more be competent to decide on question related to substantive patent law, such as patentability or infringement and effects of EU patents, which has to be considered as an open declaration of deep mistrust, if not political warfare against the CJEU. In a couple of years we may look back and consider this EU summit as the beginning of the end of the UK’s EU membership. It does not come as a surprise that “David Cameron has opened the door to a historic referendum on Britain’s future relationship with the European Union” in yesterday’s Sunday Telegraph.

Even thought removing Articles 6 to 8 UPR was exactly the goal of a strong and illustrious ‘opposition movement’ considerably supported by UK patent professionals (see our analysis here and here), this last-minute twist might well result in further trouble, as the CJEU already demanded the juridical supremacy of the EU’s highest court over all legal aspects relating to EU patents in its Opinion 1/09 of 8 March 2011 regarding the former EEUPC project (see reports here and here).

This problem will surely be addressed by the EU Parliament’s legal committee (JURI) this week, as its green light for the Unitary Patent Regulation in late December (see press release) was based on a text comprising Articles 6 to 8.

Despite some intense attempts to persuade JURI otherwise (cf. EPLAW briefing) and JURI member Cecilia Wikström‘s explicit support for EPLAW’s wish to cancel Articles 6 to 9 UPR, back in December last year, JURI (members) recommended to accepted Amendments 12 to 18 of the proposed regultation (COM(2011)0215; JURI draft report PE472.059) and to request only minor amendments but no cancellation of Articles 6 to 9 (see PE478.655v01-00, page 5, item 16). It is hard to imagine that the JURI committee and the Rapporteurs in charge will completely change its/their views on Articltes 6 to 9 or that the Parliament will vote against JURI’s recommendation.