Representation before the UPC: Are some Patent Attorneys authorised without Patent Litigation Certificate? 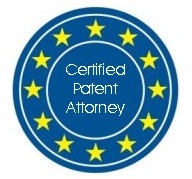 Inspired by this discussion of our recent posting on the latest draft UPC rules of procedure it appears to be high time to have a closer look into Article 48 UPC and related Rule 286 RoP in order to possibly figure out the legislator’s idea of representation rights.

As European and German patent attorneys we still remember the recommendation of the 2006 Venice Patent Judges Symposium according to which only “attorneys-at-law who are fully entitled to represent parties in ordinary civil proceedings in the courts of first instance of the convention states” should be authorised to represent cases before the UPC  (see Venice II resolution, page 11, item 5). Later, at the peak of the lobbying battle for representation rights (see e.g. here and here) also the European Parliament’s JURI Committee and its influential rapporteur Klaus-Peter Lehne, an attorney-at-law and partner of international law firm Taylor Wessing, urged it is of “utmost importance” that

the parties should be represented only by lawyers authorised to practise before a court of a Contracting Member State; the representatives of the parties might be assisted by patent attorneys who should be allowed to speak at hearings before the Court [2011/2176 (INI)]

Different voices came from industry organisations, patent practitioners and academia, who raised for  good reasons (see here, here, here) that European Patent Attorneys should be authorised to represent their clients before the UPC as well.

Before this background, Article 48 UPCA can be understood as an acceptable compromise:

(1)  Parties shall be represented by lawyers authorised to practise before a court of a Contracting Member State.

(2)  Parties may alternatively be represented by European Patent Attorneys who are entitled to act as professional representatives before the European Patent Office pursuant to Article 134 of the EPC and who have appropriate qualifications such as a European Patent Litigation Certificate.

(3)  The requirements for qualifications pursuant to paragraph 2 shall be established by the Administrative Committee. A list of European Patent Attorneys entitled to represent parties before the Court shall be kept by the Registrar.

According to this provision, basically three groups of professionals are authorised to independently represent cases before the UPC, namely

As all representatives, no matter what group they belong to, are required to lodge appropriate evidence of their qualification and/or expertise with the court’s Registry, not-yet-final Rule 286 RoP further specifies the required “Certificate that a representative is authorised to practice before the Court” separately for each of those the three groups:

1.  A representative pursuant to Article 48(1) of the Agreement shall lodge at the Registry a certificate that he is a lawyer authorised to practise before a court of a Contracting Member State. Lawyers within the meaning of Article 48(1) of the Agreement are also jurists authorised to practice in patent related matters before a court in a Contracting Member State and they shall lodge a certificate evidencing such authorisation. In subsequent cases the representative may refer to the certificate previously lodged.

2.  A representative pursuant to Article 48(2) of the Agreement shall lodge at the Registry the European Patent Litigation Certificate as defined by the Administrative Committee or otherwise justify that he has appropriate qualifications to represent a party before the Court. In subsequent cases such representative may refer to the certificate or other evidence of appropriate qualification previously lodged.

The  European Patent Litigation Certificate (EPLC) will be a formal qualification defined by the Administrative Committee and assisted by the Advisory Committee (see Art 14 (1) (c) UPCA). It may be safe to assume that the Certificate may be obtained by passing an academic course having a specifically adjusted curriculum held at the CEIPI in Strasbourg (see e.g. the course Patent Litigation in Europe) or at the new UPC Training Centre for judges to be established in Budapest (see Art 19 UPCA). In Germany there circulate rumours that the German Patent Bar Organisation (Patentanwaltskammer) is trying to have the so called Hagen II course (“Europäischer Gewerblicher Rechtschutz“), a two-years part-time LL.M. program teaching Union law and European post-grant patent law, accredited to grant the EPLC.

Lawyers. Rule 286 § 1 RoP is far more interesting, as it defines in separate sentences that the term “lawyers” of Art 48 (1) UPCA shall cover two distinct groups of professionals, namely

While sentence 1 doubtlessly refers to attorneys-at-law, sentence 2 and especially the uncommon term  ”jurist” is somewhat unclear and needs to be interpreted.

The English term “jurist” does not appear to have a unique meaning but is used with different but overlapping connotations, such as

What should at least be clear is that sentence 2 somehow expands the representation rights granted by sentence 1 as this sentence would otherwise be redundant. Sentence 2 thus covers “jurists” (or “jurisconsults”) that are not attorneys-at-law and who enjoy own representation rights in “patent-related matters” in their national jurisdiction.

legally qualified/trained patent professionals authorised to (only) practice in patent related matters before a court of a Contracting Member State.

We wonder whether patent attorneys in other contracting member states have specific representation rights before ordinary national courts as well? Please let us know.

Of course, the above interpretation of Rule 286 § 1 sent. 2 RoP would contradict the European patent judges’ wishes but, on the other hand side, would certainly fit into the European Union’s general approach to liberalise the legal services market and break up the traditionally rather strict professional rules for legal counsels which protect such professions from competition.

One Response to Representation before the UPC: Are some Patent Attorneys authorised without Patent Litigation Certificate?