On the Eve of EU Summit: Van Rompuy Suggests EU Patent Court in Paris with ‘Specialised Clusters’ in Munich and London 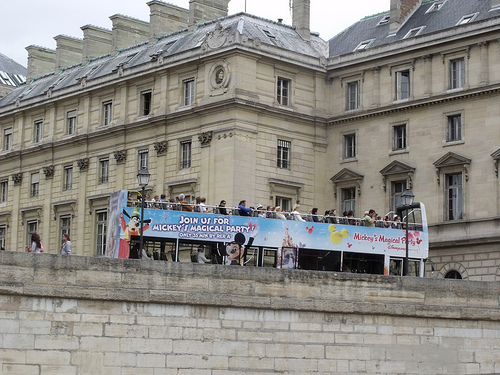 Some days ago we reported on a press report basically saying that Munich has been dropped out of the hard fought race for the seat of the Central Division of the future EU Unified Patent Court:

[...] Munich seems to be out of the running, Paris appears to be the favourite and London could win a few laurels.

Paris as the court location appears to be backed by the President of the EU Council, Herman Van Rompuy, while it is speculated that

[t]he smart money appears to be on Paris at the moment, but diplomats warn that it’s still anyone’s guess whether a deal will be reached.

Now, on the eve of the decisive EU Summit, another article clarifies that Van Rompuy’s compromise plan, being the “result of consultation with the most concerned member states”, in fact proposes to share the location of the court between Paris, London and Munich. According to this plan, the official seat of the court’s central division, its president’s office and registry will reside in Paris, while some departments will be based in London and in Munich:

Given the highly specialised nature and quality standards, we also propose to create specialised clusters in two sections of the UPC, one in London, the other in Munich, which will continue to deal with administrative matters.

As the wording ‘administrative matters’ appears to exclude – for now – that court chambers will be established in London or Munich, one may ask what kind of administrative support can be given by Munich and London if even the registry is bound for Paris.

However, even though all these rumours cetrainly have a core of truth, it is also true that the race will not be decided by ‘smart money’ but by the EU Heads of Government on the EU Summit on 28/29 June 2012. It is further true that the outcome will highly depend on and be strongly linked to the much more important negitiations as to how the EU depth crisis can be effectively  tackled. And this central issue will be dominated by the antagonism between the EU leaders who dramtically proposed a ‘Grand Plan‘ (pdf here) to safe the eurozone and Federal Chancellor Angela Merkel, who is prepared to rule out eurobonds “as long as I live“. Hence, there remains plenty of room for discussion and compromise – also on the seat issue.

(Photo 2009 by El Brown via Flickr under a CC license)

2 Responses to On the Eve of EU Summit: Van Rompuy Suggests EU Patent Court in Paris with ‘Specialised Clusters’ in Munich and London